Central alumna gives back to students

Patricia Barnes-Sam is a Seattle native, a mother, a survivor of systemic racism and trauma, and a second-generation Seattle Central alumna who uses her education and life experiences to mentor students at Central’s TRIO Student Support Services.

Patricia was born at Doctor’s Hospital, today’s Swedish First Hill and was raised by two loving parents. She lived a “happy-go-lucky” childhood with her three siblings in the Central District near 23rd Avenue and Union Street, the center of Seattle’s Black community and hub of African American businesses during the 1960s.

“Everyone knew you and you knew everyone,” Patricia said. “We felt safe in that community.”

The Central District of Patricia’s youth was multicultural and community oriented. Those who faced financial burdens never went hungry, she said. In fact, groceries could be bought on credit and many families had open door policies, including Patricia’s, where “everyone ate.”

But in the 1960s, many Seattleites called the Central District the “Colored District,” a euphemism for the rampant white supremacy and racial discrimination that was as severe there as in any location in America.

“You were either a negro or colored and you could go down this street, but you couldn’t go down that street,” Patricia said. “We had to have certain mannerisms when we addressed white people. I didn’t like that growing up.”

For most of its history, Seattle was a segregated city. Racial covenants overtly prevented people of color from property ownership. Banks “redlined” entire communities and denied home loans or charged higher interest rates to otherwise credit-worthy people. Lending institutions favored loans to new white suburban communities, while neighborhoods like the Central District were ignored and allowed to decay. Patricia’s parents faced that discrimination.

But they held solidly middle-class jobs by today’s standards. Patricia’s mother, a graduate of Edison Technical School, now Seattle Central College, was a nurse at Providence. Her father, an Army sergeant, Korean War veteran and construction worker helped build the Space Needle in preparation for the 1962 World’s Fair.

The stresses of racial discrimination, as well as her father’s undiagnosed and untreated PTSD from the war led to their eventual divorce.

“That’s when it all began; when my parents separated, everything changed,” Patricia said. “We became adults overnight.”

Without two incomes, Patricia’s mother sought financial support, but the state instead threatened to adopt out Patricia, citing their broken home. Patricia became the head of the family raising three siblings while her mother worked 16-hour days. And it was during those years Patricia experienced a wave of family traumas she needed to address as an adult.

“I feel like trauma was birthed into me,” Patricia said. “I understand now how the body, mind and spirit have to come together from the broken pieces.”

Patricia tried assembling those broken pieces on her own as an adult. She worked at a bank, for an insurance agency, ran a hair salon in the 1980s, and worked as a family advocate outreach specialist. But the dormant childhood traumas materialized, requiring Patricia to give up her business and community service.

“I was in my own secret, dark room thinking about everything I went through,” Patricia said. “I suffered in silence and that silence almost killed.”

"I am motivated by love and my passion is to give"

It was a hospitalization in 2009 that changed her life for the better.

“Something shifted in me,” Patricia said. “It was the end of an old life and a lease on a new life. I feel like God was trying to get my attention.”

Patricia fought. She sought help. She advocated for herself. And started college. She accompanied a close friend to Seattle Central, with no intention of enrolling. Ironically, Patricia started classes and her friend never attended a day.

“Even at my worst, when I feared I couldn’t do it, the folks at Central saw something in me that I didn’t see at the time,” Patricia said. “Those are my humble beginnings.”

“Deep down inside, it was scary, but it was also powerful.”

“On my first day, walking down through the hall, I looked around and all of a sudden, I felt this electricity, a bolt just shot through me. I thought, ‘wow, there’s a lot of energy and spirit in here.’”

Patricia had many classes to tackle, starting with basic computer and typing skills, English and math. She chose to study social and human services with a certificate specializing in chemical dependency, because of her own life experiences and her love of serving people.

Patricia earned an associate degree and two years later, a bachelor’s degree in applied behavioral science from Central. And she didn’t stop there. Patricia graduated from the University of Washington in 2018 with a master’s degree in social work.

Today, Patricia works at Seattle Central, providing one-on-one advising and counseling for first-generation and low-income students and students with disabilities.

“I am here intentionally,” Patricia said. “I am motivated by love and my passion is to give. I’m here to give back what was given to me.”

“When I think back on the amount of support I received here, it’s very overwhelming to me and it’s very emotional. And that’s one of the reasons why I’m invested here is because this was a safe place for me.”

After hours, Patricia is working on a PhD in theology and it should be no surprise that her dissertation is on reconciliation, unifying her experiences with racial inequities, segregation, resentment and pain with peace, love, forgiveness and prayer. She expects to become Dr. Patricia Barnes-Sam in 2020.

“My life is something I am not ashamed of anymore,” Patricia said. “I can voice that and say ‘wow, over the years of pain and the inner struggle, I am finally connected with my life.’”

“I’m just thankful Central had a place for a young lady like me. I’m living the life I was put here to live.” 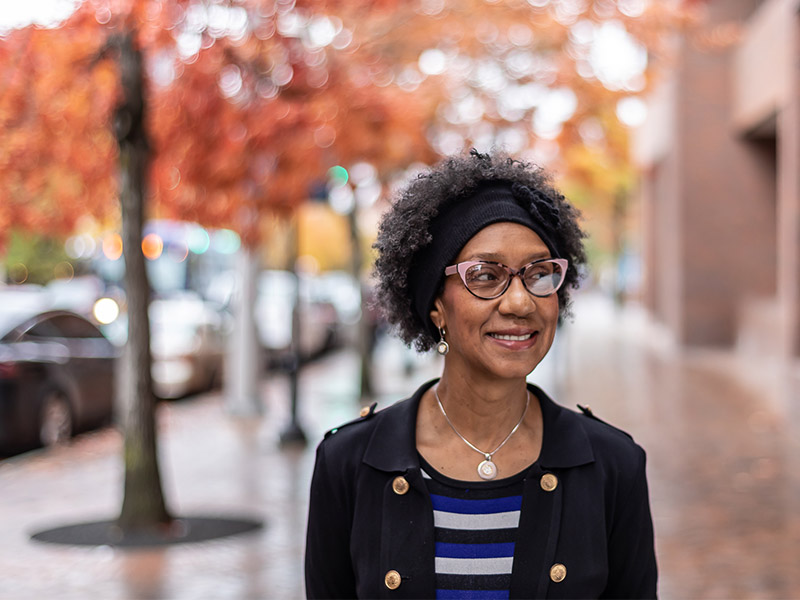 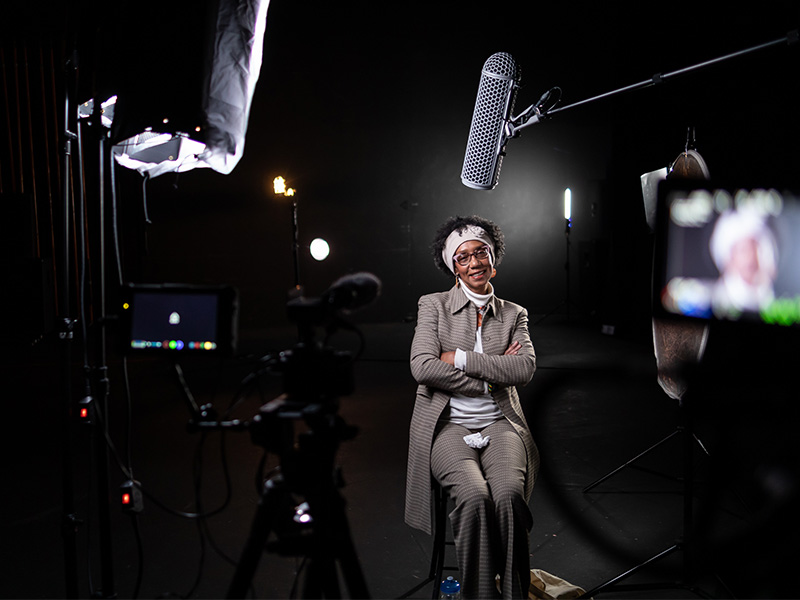 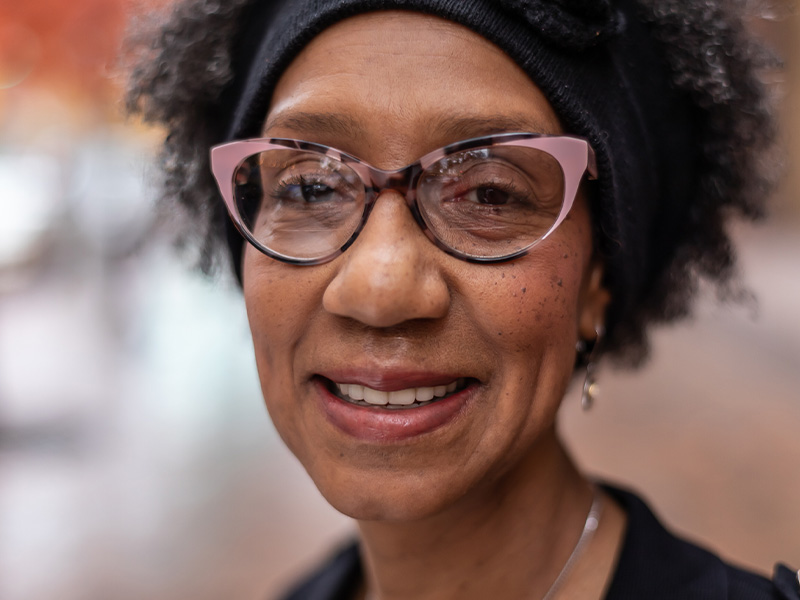