Computer Programming student Camila uses her passion for technology to train, mentor and empower women of color in STEM fields.

Camila Christensen was supposed to be a mother, a housekeeper or a secretary but certainly not building aps, creating games and graduating from a computer science program. In 2012, the São Paulo native left Brazil in order to pursue a Computer Science degree from Seattle Central College and to redefine cultural norms for women in technology.

"My dad used to say, 'computers are only for boys. They're not for girls.'"

Camila’s story starts like many working-class families in Brazil. Her mother is a cook and housekeeper and her father, a security guard and building maintenance manager. Camila kept close ties with her brother and sister, playing together or watching cartoons while her parents worked long hours. Camila’s parents worked so much, they only found time to connect as a family on weekends.

But no matter how hard a family may work, upward social mobility is unlikely for many in Brazil. Affluent families, like the one Camila’s mother worked for, retain their status for generations.

“If you are born into a successful family in Brazil, you get to keep your connections and keep up the cycle,” Camila said. “If you come from a poor family with public education, which is not good in Brazil, you’re gonna struggle.”

“You will end up doing the same thing your parents are doing, or at the same level.”

For Camila, divisions in Brazil extended past economics and social status and into traditional gender roles. Though she had a brother connected to computers and video games, even driving him into town to buy parts for repairs and upgrades, Camila was not encouraged to explore technology.

"What should I do as a girl? Get married and start a family?”

“My dad used to say, ‘computers are only for boys. They’re not for girls,’” Camila said. “I didn’t even think of it because it was so normal. That’s more for guys, so I should do something else.”

After graduating from high school and securing entry-level work as a law office secretary, Camila began contemplating her future.

“What should I do as a girl? Get married and start a family?” Camila said. “It was when I started asking those questions that I realized I do want to get a degree and I do want to work.”

“If I say here, learning how to cook and sew clothes is going to become my life,” Camila said. “Then I realized I had to a chance to come to the US to get more education.”

With plans on staying in the United States for only one year, Camila crossed the immigration line to start a new life in Seattle and hasn’t looked back.

Camila started at Seattle Central College in 2017 taking basic introductory courses and English proficiency classes. As her English improved, Camila enrolled in the certified nursing assistant program, a career that seemed to align with the gender roles of her upbringing, but not with her true passion. However, her direction and outlook changed after an introduction to Science, Technology, Engineering and Math (STEM) programs at Central.

“I found some people who introduced me to computer science and I was like, ‘oh my gosh, I do have an option of becoming a computer scientist or software engineer,’ and I didn’t have this option before,” Camila said. “And when I discovered Computer Science, I said, ‘that’s not only for boys, girls can do it too!’”

Camila may be one of three or four females in many of her computer science courses. Often, she is the only woman in class. Though this could be daunting, Camila uses this experience as an opportunity to speak up and advocate for women in STEM, especially women of color.

"I believe that I am a totally different person."

Over the years, Camila has advocated for Girls Who Code, a club for low income women to explore the basics of coding, the Math, Engineering, Science Achievement (MESA) association for first-generation, historically underrepresented students in STEM and SACNAS, a science club for Chicana and Hispanics in STEM. Camila also serves at the Executive of Administration on the Associated Student Council in Student Leadership.

“I believe that I am a totally different person,” Camila said after reflecting on her past two years in college. “Seattle Central has improved me in many ways and now I am more confident and can speak out for myself and other people.”

Camila will be moving on to earn her bachelor’s degree in Computer Science in Spring 2020 at the University of Washington. After graduation, she plans to stay on at UW to earn her master degree and eventually, her Ph.D.

Camila’s husband, a programmer at a technology company in Seattle joked that one day, Camila will be a CEO and he’ll be the stay-at-home-dad.

In the long-term, Camila plans to become that CEO, opening a non-profit organization in Seattle (and eventually in Brazil) dedicated to ending the gender gap in science in technology, opportunities she was not afforded as young woman.

“I don’t think I’ll ever forget where I came from and how I’ve broken the model of my childhood,” Camila said. “This is what is going to help focus my non-profit. I don’t want that to die.” 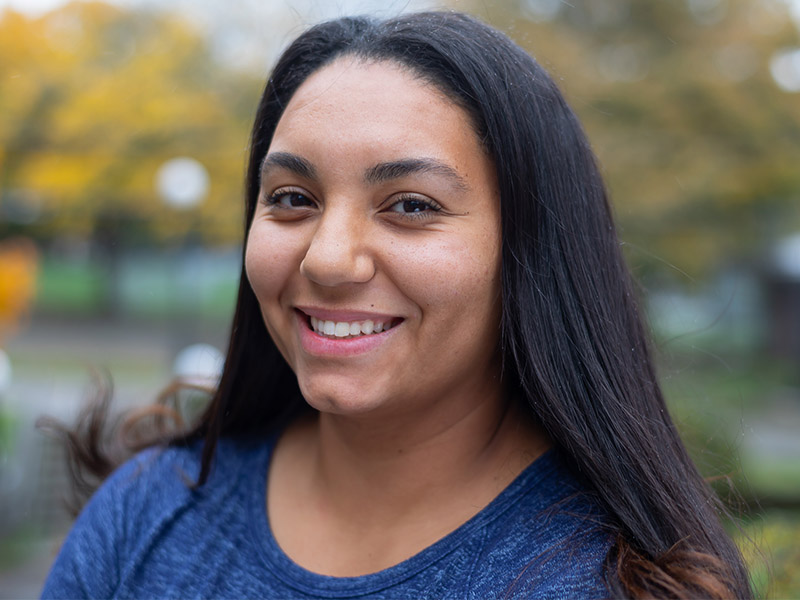 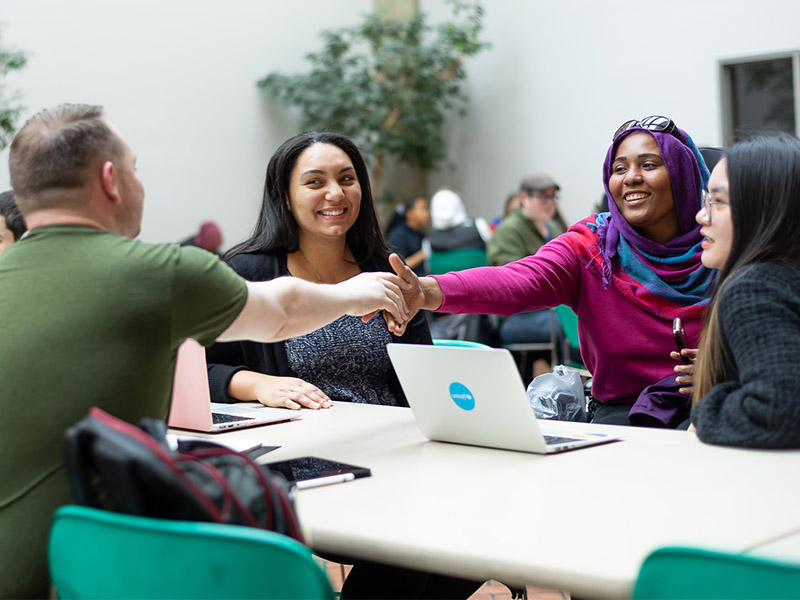